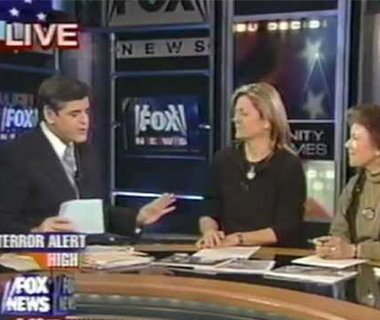 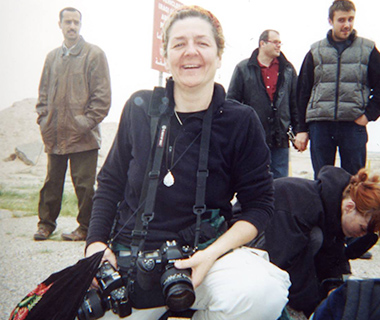 Always on the go, Lorna Tychostup began her writing career covering the NAFTA-inspired Zapatista Revolution in Mexico and working for local Hudson Valley weeklies covering Town and School Board meetings – the root of American government. Parlaying herself into covering local-to-global news and politics issues in a regional magazine, as Senior Editor she traveled to Iraq in February 2003 in the days before the bombing began.

Going back year after year, staying in unprotected hotels, she was able to bring home the stories of all those encountered from ordinary Iraqis on the street to high government officials.

Realizing she needed to know more in order to better inform her readers, she went back to school and earned a MS in International Relations from NYU’s Center for Global Affairs and landed what was her dream job at the time… working for a USAID-funded project aimed at rebuilding Iraq.

Today, after working for several such projects, Lorna is home in between contracts, catching her breath, while preparing for the next mission. 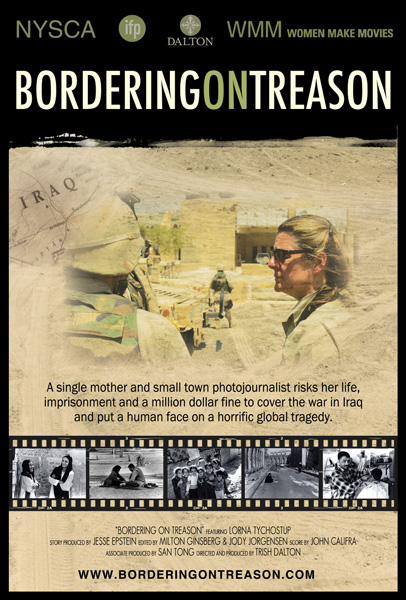 Bordering On Treason tells the amazing story of Lorna Tychostup, a single mother and photojournalist who travels to Iraq continuously for nine years to put a human face on a horrific global tragedy. Visiting military units and Iraqi families beyond the green zone, she evolves from naïve civilian to established journalist. Through Lorna’s personal journey, Bordering On Treason explores the complexities of this war and the possibility of hope.

The film premiered at DOC NYC 2013, New York’s premiere documentary film festival, and was awarded ‘Best Short Documentary 2013’ at the Big Apple Film Festival. Bordering on Treason captures America’s story facing down the Iraq War and bridges the emotional and political disconnect that Americans have experienced and expressed in relation to Iraq. On a personal level it is about the fortitude of spirit and believing in oneself against all odds!